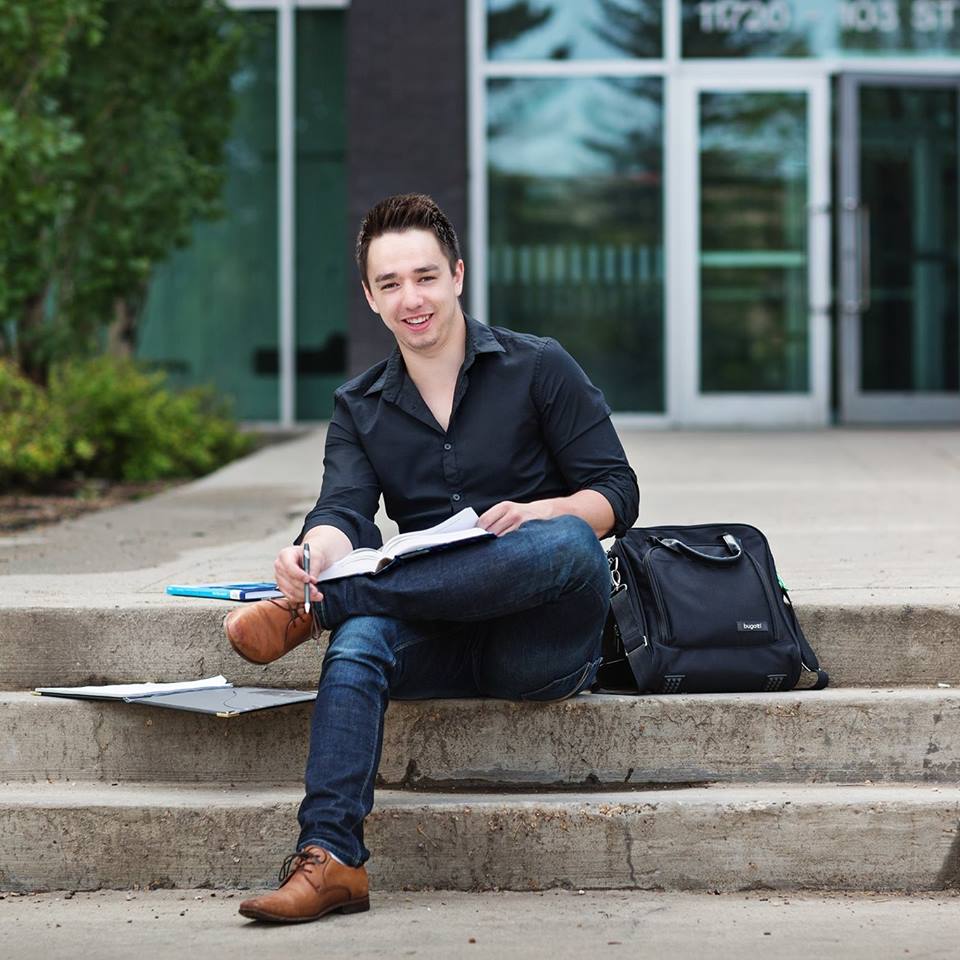 Matthew is the founder of Bee Influenced podcast, a weekly show where he interviews entrepreneurs.

Below is a machine written transcript, while it’s getting transcribed by a pro… (Don’t take the bellow text too seriously)

Ok everybody, welcome to The Fail Fast Podcast.

Today with us, we have a young entrepreneur from Edmonton. He is a podcaster himself, he is a Bachelor of Business Administration.

He currently works in marketing in… Like I said Edmonton, Alberta. We have Matthew Ankerstein with us today.

Matthew, how are you?

How are you doing? Thanks for inviting me over [crosstalk 00:30]

Quin: Very good. It’s a pleasure having you.

Thank you so much for finding the time to come here today.

Very good. So, Matthew, today, of course, we’re not here to talk about any successes, so…

Quin: Of course if it comes up we can, oh yeah, we’ll follow along.

but do you have a failure do you want to share with us, something that was a point in your life that you felt was not so good?

Matthew: Yeah. I mean, like, I don’t always look…like the way I look at failure is really different than what I used to look at before I really went through [inaudible 01:29] program.

The way I used to look at it was…and I still…maybe I actually…now I think that I really looked at it the same way.

I look at it through – it’s an experience and that failure is actually a good thing in a lot of ways. I think that if you don’t have failures and you’re not really trying anything new then you’re not even moving yourself forward.

So, when I recall the past year of my life, when regards…I’d just graduated from school back in May last year 2017. I worked every Summer see out school for four years, did construction jobs, operated heavy equipment, did landscaping. A bunch of different things to really afford the luxury to be able to go through school for four years and not have to take on student debt and stuff like that.

As long as a major win, but as soon after I graduated out of college, out of the need for a BBA, I went into a job doing door-to-door sales actually. It’s for an alarm securities company…I’m actually…I’m not going to name the names or [inaudible 02:27] to protect the identities and stuff.

Just going through my experience I really wanted to become a really good, high-performance individual. I really wanted to build out my sales career in a lot of ways, and I went out within a week – actually after I graduated, I graduated on the Friday of May 5th, I think [inaudible 02:51] last year, and I wanted to go job interview the day before I graduated, got it, and then I got shipped out through this guy that’s actually did door-to-door sales on the Monday without no training or anything like that.

And, what I really learned from that experience, in short, was that…I’m [inaudible 03:10]…idea that when I look back I would say I honestly…[inaudible 03:14] I did door-to-door for about two months – it was a little under two months but a large part of the reason why I had this job was because I wasn’t making enough sales for myself to keep going at the end of the day, just being a recent graduate about four years throughout school.

Money was a little bit tight at time, but at the end of the day it didn’t work out, the sales career didn’t work out with doing door-to-door. But, something that I really hoped was going to be really good just didn’t work out. But I look back at those times of my life and I think to myself “Man, did I ever learn a lot.”

I learned like, man…I learned so much about framing, how you frame a conversation, how you lead to a sale; more of that stuff that I learned doing door-to-door sales and practicing it.

Ten doors slammed in my face a thousand times really helps me do what I do say.

And so, when I’m analyzing marketing copy or sales copy I can understand how the consumer really feels and how they go through that experience. So, we know…it’s funny how like a lot of the times failure, when we go through it, it really sucks in[?] dimension but in the grand scheme of things it works now and then, so…

Quin: So, after all those learnings actually came from you, you did end up getting any official training from them at any point?

Matthew: Well, I got some training. So, before we went out knocking on doors there is an hour-long sales training. And so, we were just talking about working with [inaudible 04:40], how you frame conversations and the little things. But there was nothing that was really formalized training, I guess you’d say. But I think that was a good thing when I look back on it. I think a large part of what makes people successful is that they have to be willing to show that they’re eager and willing to learn and that they’re really willing to push themselves to the limits. And, I think…If I recall, what I could have done differently was, if I could have to go back and if I would re-experience it, I would try to get high-performance sales individuals to walk me through what I’m doing wrong. I would want them to come out knocking doors with me, I would want them to see what I’m doing, trying to analyze everything and just trying to help me get through that process. And so, I would try to be a lot more…I don’t care if it means meeting me at 10 o’clock or 12 o’clock at nights to make, help me to improve my sales [inaudible 05:29]. Honestly, I didn’t do that, but at the end of the day it’s [inaudible 05:33] I went through that experience as a whole, so…

Quin: Very nice, very nice. I actually followed a…not that I followed him but I found a video which was shared with me, of this door-to-door salesman in the States, and a young fellow, and he’s just so amazing that I watched that video over and over, and I found out after that there are people that actually took that video to university and they study his sales behaviours. I can’t remember the name I would’ve liked to… I’ll probably share it on the show and let’s hear it if I find it. But it’s amazing the learnings that you can have with those professionals that…

Matthew: Well, it’s funny because I think when I look back at it now, and then when you think about why my sales career in that regards for the two months, I learned so much about how things work in the fields and how you train conversations, and I learned that more or less everything you do nowadays is sales. Like this podcast is a sales interview in a lot of ways. If you’re meeting somebody at the bar [inaudible 06:43] girl or whatever, you’re selling yourself in some way, shape or form to a certain degree. If you go for a job interview you’re selling yourself, you’re selling your company, you’re selling your product. So, it’s really interesting. They can take more studies in understanding consumer behavior out of it.

Quin: Absolutely. I agree 100%. I believe that and it’s funny how many people have no idea that every person that you talk to is always trying to sell something. It doesn’t have to be a physical product but there’s always something being sold, and it’s amazing sometimes take the time and actually try to notice ahead of time what am I being sold right now. Have you ever tried that?