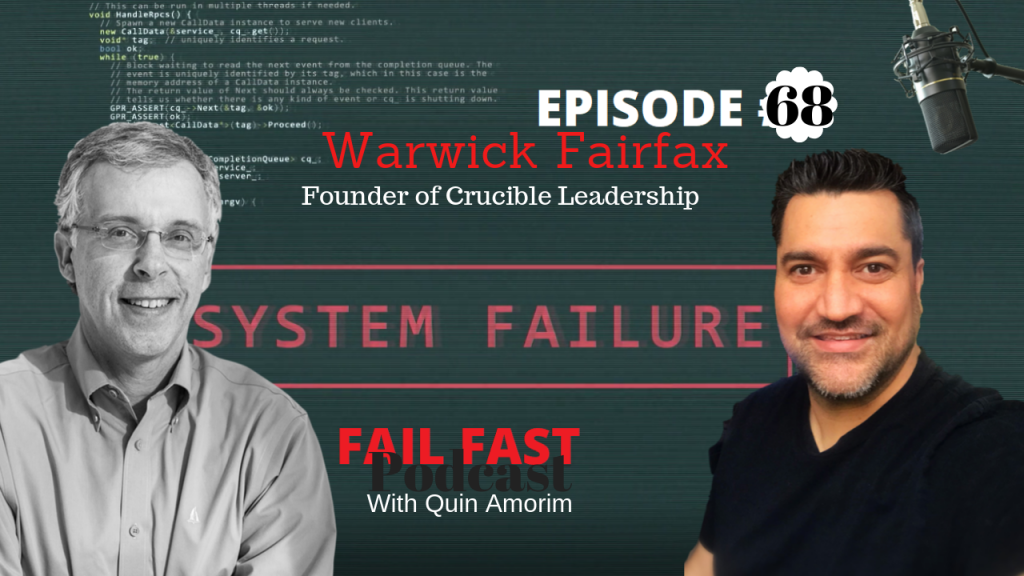 Warwick Fairfax, A Harvard Business school graduate is the founder of Crucible Leadership.
Fairfax was once in the epicenter of one of the most spectacular business failures in the history of his home nation of Australia, by losing a 150-year-old Family business Fairfax Media

Let’s start with that huge failure and then we’ll jump on to the present and learn all about Crucible leadership.

Some of the Questions Asked

In August 1987, I launched a AUS $2.25B takeover bid for John Fairfax, Ltd. It was considered one of the largest takeovers in Australian corporate history at the time.

Fairfax was only 26 when, as the fifth-generation heir to a media empire bearing his family name, he led — and lost — a multibillion-dollar public takeover bid.
The result? The company founded by his great-great-grandfather slipped from family control after 150 years, leaving him to examine not only his own shortcomings and losses but also his life’s principles and the lessons he learned from family members who came before him and some of history’s greatest leaders.
It has been by shaping these insights, as a leadership advisor and executive coach, that Fairfax has enabled others to learn from what he describes as their own “crucible moments” and emerge to lead a life rooted in who they are.
His journey has opened a door for men and women from all walks of life to not only bounce back from failure but to become the leaders they were born to be from the boardroom to the living room.

Fairfax holds an undergraduate degree in Philosophy, Politics, and Economics from Oxford University and earned his MBA from Harvard Business School. He is an International Coach Federation (ICF) certified executive coach. He serves on the Board of Annapolis Area Christian School and is an Elder at Bay Area Community Church

He lives in Annapolis, Maryland, with his wife, Gale. They have three children who are in the process of developing their own unique paths to lives of significance.